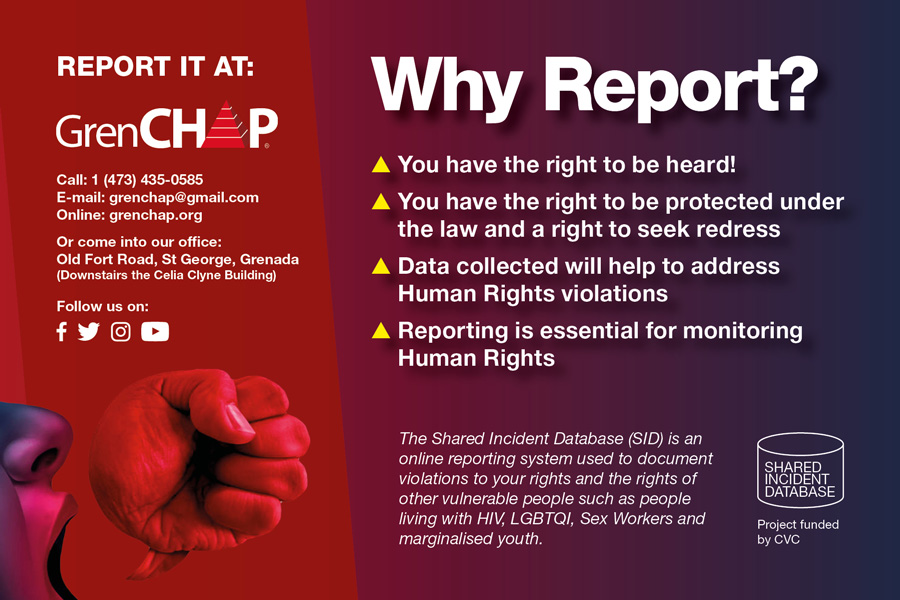 This month we have seen Grenada rattled by at least two separate reports of violence; one led to homicide, and the other resulted in injuries.

The pursuit of likes and interactions on social media has led to a dangerous situation where bystanders find it amusing to watch incidents of violence occurring against women, men, children, the elderly, LGBT+ individuals, or anyone for that matter, without doing anything to help in these situations. Pointing our phones to capture the moment or to use as a tool of ridicule to shame the victims or give the perpetrator(s) 15 minutes of fame, have become normalised.

We need to evaluate our priorities.

“Domestic violence is a burden on numerous sectors of the social system and quietly, yet dramatically, affects the development of a nation… batterers cost nations fortunes in terms of law enforcement, health care, lost labor and general progress in development. These costs do not only affect the present generation; what begins as an assault by one person on another, reverberates through the family and the community into the future”
– (Zimmerman, 1994 as quoted by Kaur & Garg, 2008)

GrenCHAP condemns violence in all forms, and we challenge bystanders to intervene when they see violence happening. Do not stand by and watch it happen.

It has become easy to find amusement in other people’s pain and suffering. As a nation, we speak of being our brothers’ and sisters’ keepers, but time and again we’ve shown that our actions as a nation deflect from what we preach daily.

“Domestic violence is a global issue reaching across national boundaries as well as socio-economic, cultural, racial and class distinctions. This problem is not only widely dispersed geographically, but its incidence is also extensive, making it a typical and accepted behavior”
– (WHO, 2005/2007 as quoted by Kaur & Garg, 2008)

We’re only concerned with being our brothers’ keeper when it hits close to home. The same sentiment is usually not extended to people whom we may not like or are biased against. Why are we quick to jump on the bandwagon, agreeing with “why he/she getting involved in other’s people business?” or “if he/she had only minded their business then that would not have happened to them?”

We do not think about the consequences such statements have on someone, who out of the kindness of their heart was just trying to do what any upstanding citizen should have done.

Put yourself in the same situation as the person going through violence. Do not stand there and watch it happen. Do not join in the victim-blaming after the incident occurs. If you are unable to intervene, alert the relevant authorities.

Doing otherwise signals that you condone violence. Violence is violence no matter the cause or who it happens to. It can happen to you, your relatives, and your friends. We should not think that violence could never happen to us; because today it’s someone else, and tomorrow it can be you or someone you care about.

If you have experienced a human rights violation or other abuse, and are part of a Key Population (e.g. men who have sex with men, trans people, sex workers, persons living with HIV, migrant populations, youth, and women and girls who have experienced Gender-Based Violence) contact GrenCHAP to make a report.

Zimmerman, C. (1994). Plates in a basket will rattle: domestic violence in Cambodia. Project Against Domestic Violence.